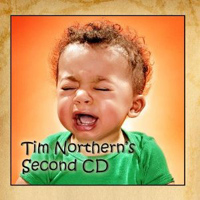 Welcome readers to the second installment in the I’d Love To Make You Laugh portion of Spork where I will be reviewing the latest and greatest in the stand-up comedy world. This time I will be reviewing National club comedian Tim Northern’s second CD, Second CD.
Mr. Northern is a veteran in the college and comedy club scene nationally as well as a finalist on CBS’s Star Search. He can be heard here locally on Denver’s own Comedy 103.1, where he has not only been highlighted as a performer but as host as well.
Word play! That is the best way for me to describe Tim Northern’s laid-back yet cerebral approach to stand-up comedy. Ben Stein has been quoted as saying, “I love the fact that he assumes his audience has a brain.” Mr. Northern himself has stated, “That’s what I’m striving for. I provide two-thirds of the joke, and you provide the other third. It’s like ‘do-it-yourself comedy.” This sort of delivery is brave as it relies on a crowd that is open to and ready to do some thinking. 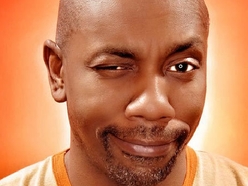 The first thing I must point out about Tim Northern’s Second CD is the track listing. Do not pay attention to it as an indicator of things to come as they are a joke in themselves and not reflective of the material. Tim starts this set by giving the crowd a personal standing ovation for being out on a Sunday night. He then begins to spin his magic at word play by indicating to the crowd that he has just learned to read and while finding it frustrating, ultimately jokes: “reading is cool man.”
Things really get going with Tim’s now famous take on Dr. Seuss’s Green Eggs and Ham and his musings on his newly found reading skills. Observations on his midget brother the professional Foosball player, rat poison intolerance, his deep love of pancakes and going on the “patch” keep the listener’s mind working in tune with the audience. 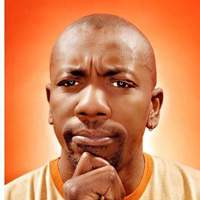 Not only does Tim excel at word play but his impressions of Richard Pryor, Samuel L. Jackson, Dyslexic Italians and others are truly a fresh take on the “impression” genre. Tim’s love life, issues with the Internet and working in the community are next up as his famous “Tits for Tats for Tots” campaign is born.
Bits such as Dyslexic Bob, getting healthy in the non-smoky mountains with bi-polar bears, doing a show at the zoo and a Dead Poet’s Society Basketball game help round out a truly thought provoking 16 track CD. As a bonus let the last track run and hear some hilarious out takes with Tim Northern and son!
Recorded in front of an all-ages crowd in Louisville, Kentucky by Joe “Dookie” Dutkiewicz and edited by Ross Duncliffe. Tim Northern’s Second CD is a must own for fans of clean cerebral comedy with great word play. Available NOW in comedy section at Twist & Shout!
– Jeff Albright